Google's local search ranking factors realigned last week. Here's what you need to know - and whether you should be worried. 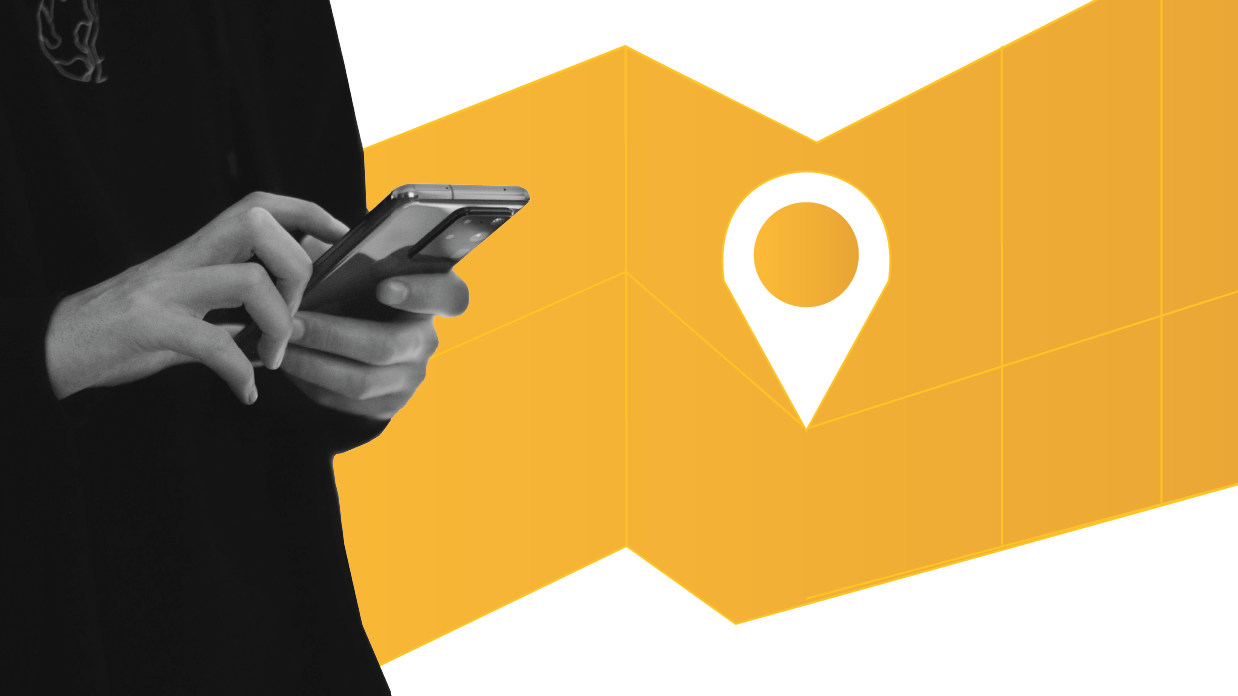 Like excuses in a troubled marriage, Google’s 2021 algorithmic update communications have been vague, frequent and empty.

While they’ve become more transparent as to algorithmic tweak details over the last few years, even providing notice at times, the update admission in question came only after public rumblings from observant SEOs – so, just like old times then! The more things change the more they stay the same. 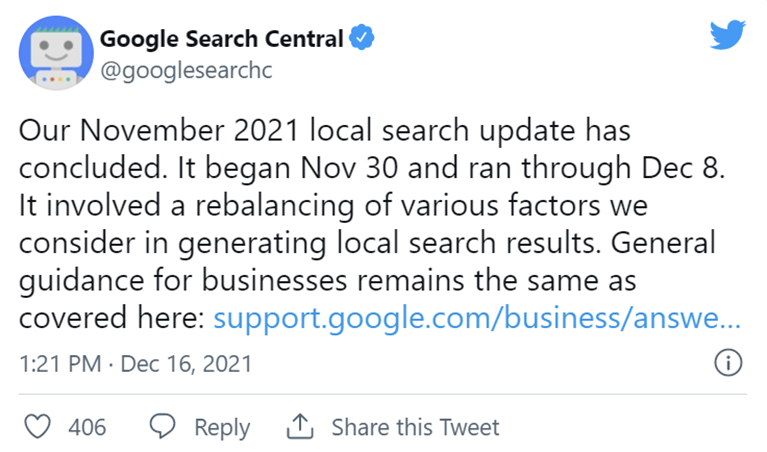 What Did the November 2021 Local Search Update Address/Change?

As per usual, Google’s official update was light on detail, referencing only a “rebalancing of various factors”. About as useful as a screen door on a submarine, but in line with what we’ve come to expect. This is where the SEO community always comes to the rescue, and true to form they have provided collective educated conclusions (on a variety of forums/blogs, etc.) as a result of performance fluctuations during and since the 11/30-12/8 rollout.

Many noticed their previously dominant Google Business Profile listings drop out of sight, only to be replaced by competitors with fewer reviews and sub-par star ratings. Others wondered whether it was the local or product review update responsible for the turbulent fluctuations, since those rollouts overlapped. It’s not unusual for Google to drop an algorithm bomb and then update it slowly over the course of a rollout, and this seems to have been the case here. For the first few days, however, stress levels were high, and some have referred to it as the biggest local update in 5 years.

No, Really. I Have Things to Do. What Changed?

As the dust settled, pundits narrowed the most probable November 2021 local search changes, and it has now been christened the “Vicinity Update”. To date, before the paint is fully dry, the two main areas of focus seem to be:

Worth mentioning is that this local search update seems to be part of a yuletide triple-whammy. The last 30 days also saw a core algo and product reviews update. And - while there were no shortage of spam, link-related, core and performance updates in 2021 - this uncanny time frame seems wrapped up with a bow just in time for the Holiday e-commerce rush.

Ultimately, and not everyone is going to like this, the Vicinity Update was Google’s latest attempt to level the playing field for local businesses, provide the most objective set of search results to a user in a specific location and by doing both - protect their market share.

Losers included businesses who’d been enjoying visibility they may not have “deserved” due to lack of proximity, and those (once) savvy enough to make sure their company names included keywords. The winners are no longer boxed out by competitors actually further away from a prospect, or who may have inherited a family shop founded in 1902 with a less-intuitive brand.

Here’s hoping any significant changes to your visibility as a result of this update have been subtle. Wherever you end up in these algo update aftermaths which none of us can control, the only way forward is to adapt accordingly.

A digital marketing dinosaur, my SEO career began in 1999 at one of Boston's first digital marketing agencies. Prior to becoming Widewail's Director of Search I had a long focus on GMB, reviews and local organic visibility for automotive dealerships in competitive locales. Regardless of a specific industry, this decade of experience was the perfect precursor for a role supporting our innovative Engage and Invite services. Originally from Canada, I enjoy hockey, Frank Sinatra, writing on a variety of subjects, old movies - and am the proud parent of a geriatric Boston Terrier. Customers, peers, or anyone with online review-related questions are encouraged to contact me, anytime.

How to Set Up Google My Business - Complete Guide

4 min read | December 11, 2019
Having a Google My Business page is vital for businesses looking to improve their local SEO ranking and get a shot at that top spot. Luckily, setting up a GMB page is free...
Jake Hughes Marketing Manager
Reputation Management

How to Increase Your Google Star Rating

7 min read | April 9, 2021
How do you increase your local business's Google star rating? These six steps will help you activate the voice of your already-existing happy customers, drowning out negative...
Jake Hughes Marketing Manager
Reputation Management

7 min read | May 27, 2021
90% market share. 158m monthly GMB searches. Why focusing on Google reviews will have the most impact on your local business.
Jake Hughes Marketing Manager