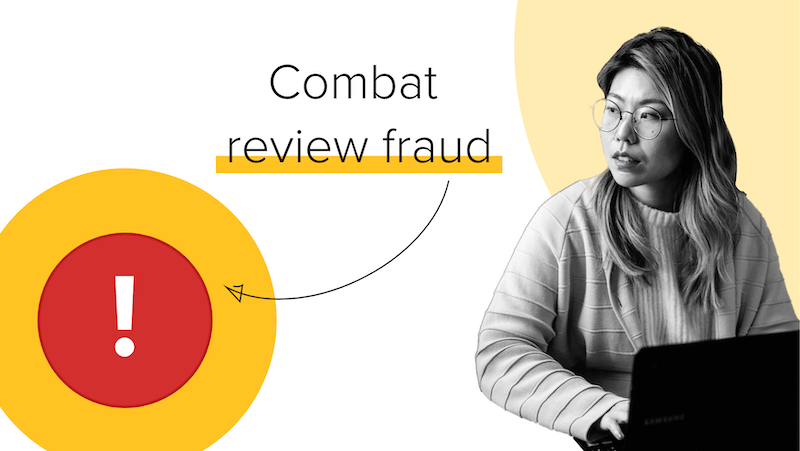 Consumers be warned: While invaluable when making a purchasing decision, not all reviews can be trusted.

For as long as there have been “systems”, people have gone out of their way to “game” them. Not surprisingly then - the online review space is no exception.

Before we get started: This post is not meant as a guide for the social proof pirate. Our intention is to: a) help consumers stay aware of dishonest practices and b) help businesses learn what review management strategies to steer clear of.

What is Online Customer Review Fraud?

Customer review fraud can be defined as any form of deception where a business manipulates consumer feedback (that’s public and presented as objective) for their own benefit - or the detriment of direct competitors.

"In a review economy, businesses seek to generate fake reviews to improve their online reputations and boost their bottom lines. This deception is bad for consumers, who are misled into making poor purchasing decisions based on fraudulent reviews. It's also bad for businesses that play by the rules, because it undermines the trust that businesses have worked so hard to build."

Google review fraud is damaging to consumers wasting money on a product or service they would not have purchased had they known the true opinions of their peers. It may also cause damage to the reputation and brand of the seller.

Review fraud can take many different forms and isn’t always obvious to the consumers or businesses who may fall victim. Let’s break down a few of the most common social proof subterfuge strategies:

Back in the 1950s, a scandal emerged where influential radio DJs of the era were caught being paid by record executives to push and play their artists over those of rival labels, and this became known as “Payola.” The paid review strategy could be considered a modern equivalent - businesses engage outsourced, often offshore, teams to write nothing but positive Google, Instagram or Facebook reviews of their products or services. As a result, prospective customers visit a website or Google Business Profile rife with fraudulent positive feedback which may result in expensive disappointment.

A quick Google search will also reveal (highly prestigious, we’re sure) entities anyone can pay to post negative reviews of their competitors, and the same “vendor” can usually be utilized for both the paid positive and negative nonsense. If a company being targeted is unaware, and the phony reviews are available for an extended period to consumers in research mode, this can have disastrous results in terms of revenue and overall reputation. Be on the lookout for overly critical reviews, submitted by users with a short Google account history, making general or uninformed claims. These will often be obvious to your internal team - and almost always have a seedy, manufactured intent.

Example: The paid negative method may also include an element of good old fashioned extortion, where victims are then asked to pay to have fake reviews removed, as recently reported by the New York Times.

"Restaurateurs from San Francisco to New York, many from establishments with Michelin stars, said in recent days that they’ve received a blitz of one-star ratings on Google, with no description or photos, from people they said have never eaten at their restaurants. Soon after the reviews, many owners said, they received emails from a person claiming responsibility and requesting a $75 Google Play gift card to remove the ratings. If payment is not received, the message says, more bad ratings will follow." - New York Times

This type of skullduggery refers to multiple people, using multiple fake accounts, recruited en masse via social media. If not recruited, the business itself may have made such an outrageous and public gaffe that a backlash happens organically. Goals may involve consumer review (positive or negative) padding, political candidate or cause bolstering, etc. It’s manipulation or retaliation on the widest scale, particularly prominent in the age of “cancel culture", and usually only tells one side of a story. Rarely objective, we’ve included this phenomenon on our list.

Example: Only July 19th, 2022 the BBC reported that Amazon is taking legal action against fake-review-generating Facebook groups which number upwards of 10,000 and use a somewhat complex "refund after review" strategy. At least one of these groups has 43,000 members!

"Once the people in the group had purchased selected products and left their reviews, the administrators would refund them. A wide range of goods was involved, including car stereos and camera tripods. Large numbers of reviews, especially positive ones, boost sellers' visibility on Amazon's platforms - as well as placing them higher up on search engine results." - BBC.com

More common than any of us would like to admit, this fraud comes in the form of a sneaky business creating fake accounts in order to post negative reviews of their local competition - themselves. Easier to mitigate, because it occurs at a smaller scale than the previous examples, it can still cause unfair harm to an undeserving business and local customers relying on reviews to make purchasing decisions. Deceptive DIY to say the least!

According to the current average, 2 million employees quit their jobs each month in the USA, and as many as 60K plus are fired every day! Misbehavior from the disgruntled occurs when a recently terminated employee is the offender and uses online reviews in an attempt to discredit. Widewail has found these drops are often easy to spot due to an obvious level of emotion… and, almost always, personal attacks on named individuals at their previous place of work. Report them.

This dastardly process involves somehow suppressing negative reviews, while simultaneously exalting only the positive, and is just the type of filtering for which Fashion Nova recently got their hand slapped by the FTC. If you choose to filter previous customer sentiment in this way, it results in a non-objective experience for future customers and therefore runs afoul of established guidelines. We're better than that.

“Fraud” may be a strong term to attach to the practice of review-gating, as many offenders may not realize they’re doing anything against the rules, but it’s still worth a mention to help ensure everyone is aware of what the FTC considers acceptable. Businesses are allowed to incentivize customers to leave reviews, as long as they clearly “...identify incentives and material connections between sellers and reviewers”. This is part of their renewed efforts to “combat deception”, and if you follow the rules as outlined in the FTC’s Featuring Online Reviews guide, you should have nothing to worry about.

Next Steps? Don’t Be a Victim of Review Fraud

After reading this post, and reviewing the Federal Trade Commission's formal guidelines (PDF), you’ll likely come away with a deeper knowledge of review fraud in its many forms and know what to look for. Here are some hypothetical benefits of an ongoing and proactive defensive position.

Don’t Be a Perpetrator, Either

One more time for the cheap seats: the first order of business - if you still have any concerns over the legality of your review strategy, process or usage - should be to become intimately familiar with the FTC’s related guidelines a second time. Bookmark them, refer to them and embrace them. Some other rules of thumb to follow include:

When in doubt, go with your gut, stay within FTC guidelines, don’t be hesitant to report suspicious reviews, and remember - if something seems too good (or bad) to be true - it usually is.

We hope this rundown of review fraud examples helps clarify what to look for, and what to avoid, where online consumer feedback is involved. The power of this marketing medium is undeniable, and we can all play a role in keeping things as genuine as possible.

A digital marketing dinosaur, my SEO career began in 1999 at one of Boston's first digital marketing agencies. Prior to becoming Widewail's Director of Search I had a long focus on GMB, reviews and local organic visibility for automotive dealerships in competitive locales. Regardless of a specific industry, this decade of experience was the perfect precursor for a role supporting our innovative Engage and Invite services. Originally from Canada, I enjoy hockey, Frank Sinatra, writing on a variety of subjects, old movies - and am the proud parent of a geriatric Boston Terrier. Customers, peers, or anyone with online review-related questions are encouraged to contact me, anytime.

7 min read | September 19, 2022
With new features like a Nearby feed in the works, TikTok looks to be a promising channel for local businesses to market to Gen Z users.
Keaton Smith Review Response Specialist
Featured 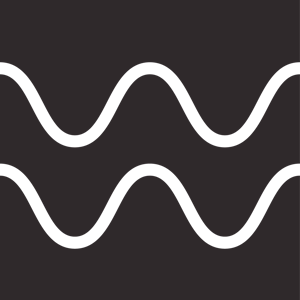 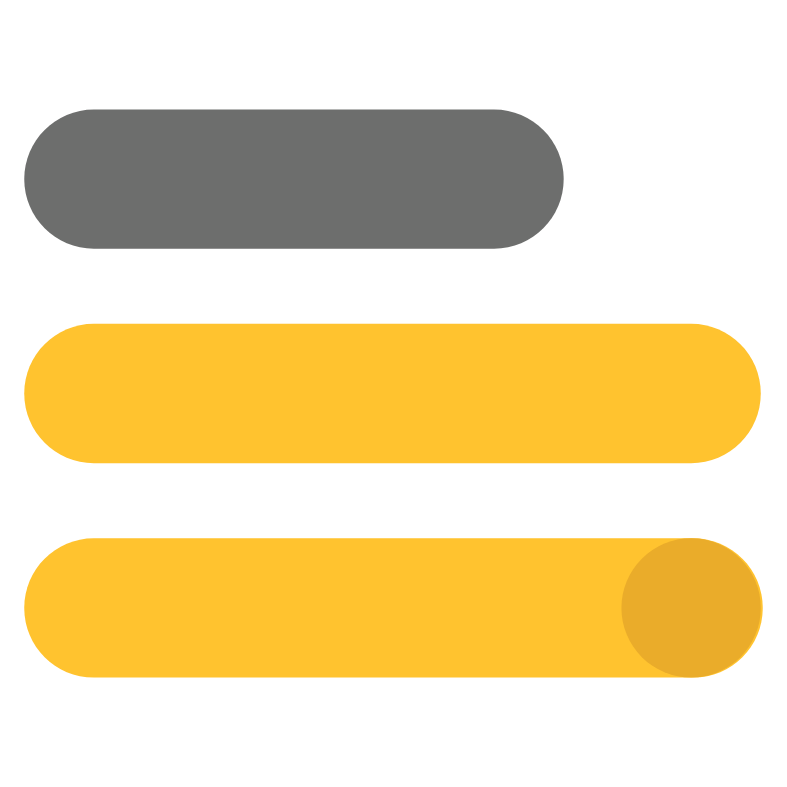